How to Manage IRAs and Brokerage Accounts While Living Abroad 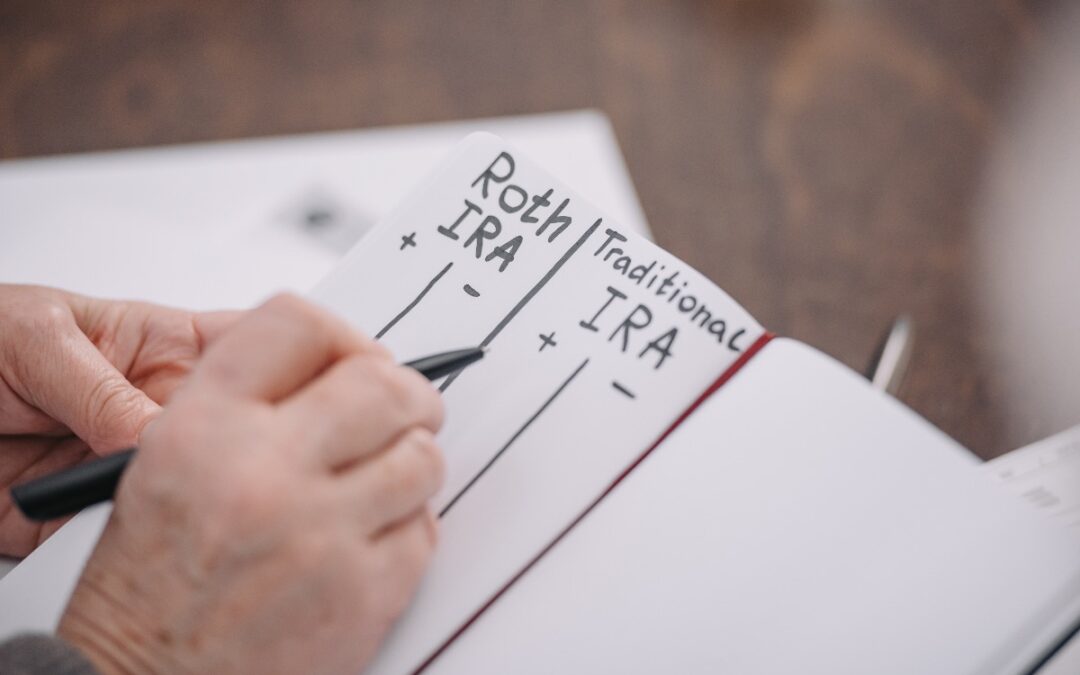 Americans living abroad often ask us whether or not they can contribute to their Traditional or Roth IRAs and how to utilize brokerage accounts while living abroad. The answers are a bit complex, but we will provide some clarity from a tax standpoint in this article.

Can I Contribute to My Traditional IRA or Roth IRA While Living Abroad?

Yes, expats can contribute to IRAs (either Traditional or Roth), provided they meet certain qualifications, including:

A U.S. citizen who currently has a traditional and/or Roth IRA can keep their accounts active while living abroad. It is not recommended to close it and move it overseas; keeping accounts in the U.S. will give you greater convenience and benefits.

You don’t have to liquidate your account or transfer assets, but you may not be able to contribute to it while living overseas if you don’t meet the qualifications.

Whether you can contribute to your traditional or Roth IRA while living abroad depends on your foreign income and the exclusions and deductions you claim—namely, the Foreign Earned Income Exclusion (FEIE).

First, we will discuss the Foreign Earned Income Exclusion (FEIE), and how it affects your ability to contribute to your IRA retirement accounts. Then, we will discuss some other rules for investing in brokerage accounts when you live abroad.

You must have earned income in order to contribute to your Traditional or Roth IRA. Earned income is money you receive from working, i.e. as an employee at a job, or as a self-employed businessperson. There are a few other types of earned income, such as qualified disability and military payments.

If you take the Foreign Earned Income Exclusion (FEIE), you exclude your earned income. But you do need to have income left over after the FEIE to be able to contribute to an IRA.

One benefit of claiming Foreign Tax Credits (FTC) instead of claiming FEIE is that you will still have earned income and, therefore, be able to contribute to your IRAs.

Another thing to remember is that the FEIE is a 5-year program. If you take the FEIE, plan to take it for 5 consecutive years (if you are living abroad and earning foreign income during that 5 year period.) If you decide to revoke the FEIE from your tax return in favor of another method such as FTC, and you are still living abroad and earning foreign income, you won’t be eligible to use FEIE again for 5 years. So, it’s important to think about the next 5 years of your tax plan when deciding whether to use the FEIE.

For example, let’s say a U.S. citizen employed in Australia makes $95,000 and uses the FEIE to exclude all of it on her U.S. taxes. Because she has no income leftover after the exclusion, she is not able to contribute to an IRA while working abroad.

However, if she had used the FTC instead of the FEIE, she would have remaining (leftover) income on her U.S. tax filing and would be able to contribute to her IRA.

Investing in Brokerage Accounts When You Live Abroad

In order to stay compliant with laws governing banks and investment accounts, some brokerages are restricted or even closing accounts of customers who live overseas. Some brokerages will work with expats, but with some limitations.

For example, according to Fidelity’s website, you cannot purchase new mutual funds while living abroad, and if you don’t have an existing brokerage account before you move abroad, you cannot open a new one.

American citizens should think twice before opening a foreign brokerage account to buy ETFs or mutual funds, because then you will be subject to Passive Foreign Investment Company (PFIC) reporting on your taxes, which is complicated, and has steep penalties for incorrect reporting. If you have a PFIC, you’ll need to hire a tax preparer to do the reporting for you.

File the FBAR if Required

The investing landscape for Americans abroad is becoming increasingly complex. Implementing sound investment strategies without being ensnared in a cross-border tax trap has never been harder.

Savvy American investors should keep their money invested in the U.S. at those U.S. financial institutions that continue to welcome them.

Americans living abroad may be subject to investing rules applicable in the U.S. and/or in their country of residence, and they need to be sure to follow those rules. Investing incorrectly while living abroad can be disastrous from a tax and long-term financial planning standpoint, so make sure to follow all local and international guidelines and research your brokerage firm thoroughly and wisely when living overseas.

If you would like more information about the tax implications of investing abroad for your specific situation, please schedule a consultation with BNC Tax.