Mexican Government Will Require Expats to Get Tax IDs 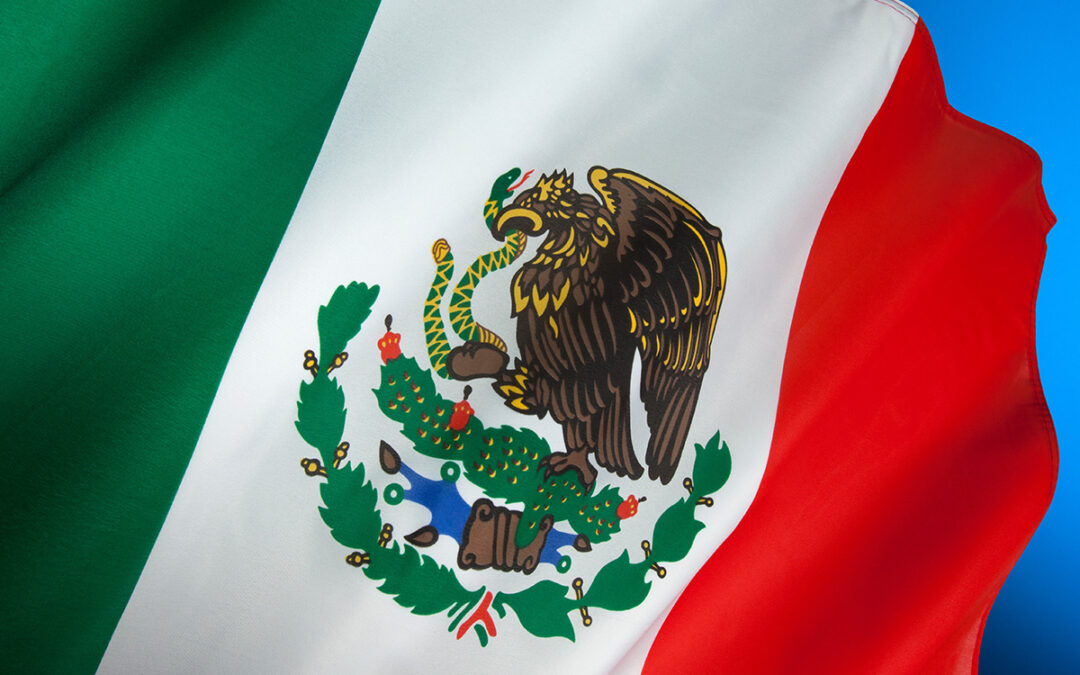 The Mexican government has changed the law to require many more people to obtain tax IDs.

Our associate Paula Blanco from Equilibrium Tax has written a blog about this. She is an expert in Mexican tax law, and she can help expats get an RFC to comply with the new law.

Paula’s blog was originally published on her website at https://en.equilibrium.mx/post/rfc-registration-obligation and is reposted here with permission.

The 2022 tax reform included a change to Article 27 in the Federal Fiscal Code where they added a paragraph stating that all individuals of legal age (legal age in Mexico is 18 years old) are to get an RFC number regardless of whether they are employed or have a business activity. The reason behind this, as well as the reason behind the change that made it so that RFCs could no longer be issued online but now require an in-person appointment, is that over the years, fiscal identity theft was very common and very easy to accomplish. This is because CURP numbers are basically public: if you know a person’s full name and date and place of birth, you can very easily get their CURP number. This type of identity theft has been mainly used by money laundering and illegal outsourcing and factura selling organizations. This is also why SAT changed the process for obtaining a password to be able to access their online services two years ago so that they can make sure it is the taxpayer the one who applies for and sets the password.

Contrary to information that has been circulating around the internet and social media, this went into effect on January 1st. On January 3rd, SAT issued a press release which can be found here stating that there would be no penalties for individuals who were unemployed or had no business activities and who did not register for an RFC number. This is partly due to the fact that, given the current in-person only RFC registration system, it will take some time for SAT to be able to physically register everyone; on the other hand; the president also spoke on the matter making it clear that the intention behind this reform was not to penalize people but to come up with a better, complete database, and to protect individuals’ from fiscal identity theft.

This is a topic that has a few angles to it which I will attempt to explain in as much detail as possible in layman’s terms:

First of all, the fact that a foreigner is a resident because Immigration granted them residency does not automatically make them tax residents, it basically means that they are allowed to be in the country for more than 183 per year. The Federal Tax Code states that an individual can be considered a resident for tax purposes when their residence (referring to houses, condos, RVs, etc.) is in the country. If they also have a place in another country, then what determines tax residency is the center of vital interests which is defined as the place where someone gets more than 50% of their income.  The vast majority of expats also have a place abroad and do not have any Mexican-sourced income or, if they do, it is less than 50% of their total income. If they do have Mexican-sourced income, then they are to pay income tax to Mexico on that income alone because they are not considered to be Mexico tax residents.

When Immigration Law was reformed several years ago, they went from issuing FM2, FM3, etc. to issuing temporary and permanent resident cards. This caused several tax issues to arise as both the Federal Tax Code and all our specific tax laws simply refer to residents. This is where looking at who the Federal Tax Code considers to be a tax resident became even more important than before.

On the other hand, most foreigners obtain their residency by showing enough solvency, which means they prove they have no need to earn income in the country. This is where a main difference between temporary and permanent residents becomes evident as permanent residents automatically have permission to work from Immigration (Immigration considers earning any type of income in the country as work, not just being employed), but temporary residents—unless they get their residency via a job offer—do not automatically have permission to work.

When someone starts a business activity in the country such as earning rental income or setting a business up, they have to inform Immigration that the conditions under which their residency was initially granted have changed and apply for permission to work. In this case, Immigration’s first requirement is to show their RFC registration stating the activity they have which resulted in the change in conditions. This used to be really easy back when the RFC registration process was done online; since that changed, the main challenge has been that some SAT offices, such as the Puerto Vallarta office, have a criteria of not accepting temporary resident cards with no permission to work as a valid ID. When questioned about this, their response is always that they are not refusing to process the RFC registration, they are rejecting the ID.

It is important to note two things: SAT does not consider foreign passports to be valid IDs and there is nothing on any public SAT regulations that state that only permanent resident cards and/or temporary resident cards with permission to work are allowed. The official documentation on this only says “Valid migratory document issued by the corresponding authorities” as you can see here. However, this criteria of not accepting resident cars with no permission to work is not exclusive to the Puerto Vallarta office.

This has created a loop we have been successfully able to navigate, you can find more details on this here. IMPORTANT UPDATE: THE PUERTO VALLARTA IMMIGRATION OFFICE HAS CHANGED THEIR FLEXIBILITY POLICY, YOU CAN FIND MORE INFORMATION HERE

Because the Federal Tax Code is quite vague in stating that all “individuals” of legal age now have an obligation to register for an RFC number and the situations explained above make this a more complex topic for foreigners, at Equilibrium we have filed an official inquiry with SAT pointing out the fact that several SAT offices around the country do not even accept temporary resident cards with no permission to work as IDs. As soon as we get an official answer from the authorities, we will post another blog entry explaining it.

So what’s with July 1st?

The only thing that fully goes into effect on July 1st is the transition from version 3.3 of electronic invoices (CFDI: Comprobante Fiscal Digital por Internet, Fiscal which roughly translates as “Fiscal Receipt Issued on the Internet”, meaning electronic invoices commonly referred to as “facturas” which literally means “invoice”)

Version 4.0 of CFDIs will include a new field for the recipient’s fiscal regime and will also make the zip code field mandatory. These two new fields, along with the RFC and name fields will be automatically validated by SAT’s severs, which means that a factura will not be issued unless these four fields match SAT’s information on the recipient exactly. This is the reason why vendors and suppliers have been asking their clients to provide them with a Constancia de situación fiscal.

A Constancia de situación fiscal is an RFC certificate that includes the taxpayer’s general information as well as information on their tax regime and tax obligations on the date it was issued. Because the tax regime and address can change if the taxpayer needs to change them, vendors and suppliers request updated versions of the constancia, which usually simply translates into recently issued constancias.

Constancias de situación fiscal can be downloaded from SAT’s website with just the RFC number and password here. When this is done, they are dated the day they are downloaded and have a digital signature that guarantees its authenticity. They can also be obtained  by showing up to SAT with a valid ID. This is the reason behind the long lines outside the SAT office every day. It is mostly employees who now need to show their employers their constancia so the employer can issue electronic pay slips.

CFDI 4.0 was supposed to go into effect on January 1st, along with all the other changes in the tax reform. However, because this type of change requires all factura issuing service providers to make changes to their systems, an extension to May 1st was published along with the tax reform. The transition from CFDI 3.3 to CFDI 4.0 has posed a bigger challenge than anticipated, so a second extension was published in February, pushing the date to July 1st. So, June 30th will be the last day anyone in the country will be able to issue CFDI 3.3, unless the authorities extend the deadline further.

If you already have an RFC number and have registered it with utility companies such as CFE, Telmex, Izzi, etc., you should already have received a request from them to update your tax information son they can continue to issue facturas with your RFC number after July 1st. If your utilities are in your name but you do not have an RFC number, all utility companies have been and will continue to issue facturas using the generic RFC number for the general public (XAXX010101000), as these companies do not normally use the generic RFC number for foreigners (XEXX010101000) by default like some banks, such as Intercam, do. You can verify this on your bills/bank statements.

If you want to put utilities in your name and do not have an RFC number, they will simply use the generic RFC number. If you do have an RFC number, they will ask that you provide them with a Constancia de situación fiscal so they can make sure the information they input into their systems matches SAT’s. It is important to clarify that all banks and utility companies have been requesting constancias for a few years, it just became more important with CFDI 4.0 because, as explained above, if the name, zip code, and tax regime do not match SAT’s file on the recipient, the factura will not be issued as SAT’s servers will automatically reject it.

You can find official information on CFDI 4.0 here. A lot of this information is probably too technical but you can also find some FAQs on the right side of the website which your browser should be able to translate into English.

If you have further questions on taxes and RFC registrations, you can send an email to pblanco@equilibrium.mx; if you want to book a call, you can do so here. If you have questions on Immigration matters, you can contact Lic. María Lazareno at maria@klmexico.com

This article was originally published on her website at https://en.equilibrium.mx/post/rfc-registration-obligation and is reposted here with permission.